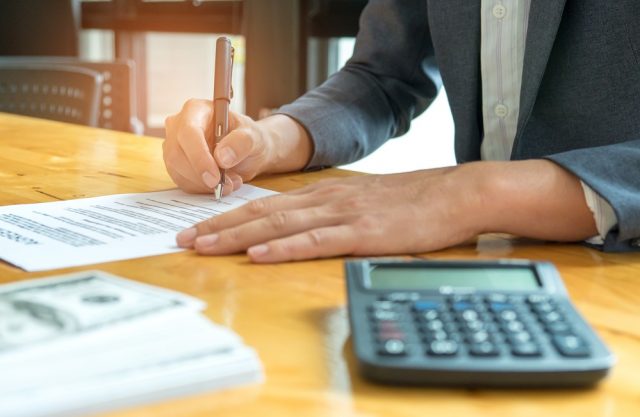 The number of Americans severely behind on payments on federal student loans reached roughly 4.6 million in the third quarter, a doubling from four years ago, despite a historically long stretch of U.S. job creation and steady economic growth.

In the third quarter alone, the count of such defaulted borrowers—defined by the government as those who haven’t made a payment in at least a year—grew by nearly 274,000, according to Education Department data released Tuesday.

The total number of defaulted borrowers represents about 22% of the Americans who were required to be paying down their federal student loans as of Sept. 30. That figure has increased from 17% four years earlier.

The money they owe is becoming a bigger share of total outstanding student debt in repayment. Defaulted student loans totaled $84 billion at the end of the quarter, or 13% of the roughly $631 billion that borrowers were required to be paying down.

The government’s student-loan portfolio now totals $1.37 trillion. That figure includes debt in repayment; debt for which borrowers aren’t required to be paying down because they are in school or have otherwise been granted temporary reprieves; and debt from an older program that guaranteed loans made by private lenders.

The rise in defaults comes despite a strong labor market—unemployment is at a 17-year low—and carries long-term consequences for borrowers and the economy. Defaulted borrowers risk damaging their credit and their ability to borrow for other things like homes and cars. That, in turn, could restrain the economy’s growth.

Meanwhile, defaults could undermine the federal budget in coming years, since taxpayers ultimately cover any unpaid loans. Government budget officials maintain the student-loan program, as a whole, will generate profits for the government, but the program has missed revenue targets in recent years in part because borrowers are falling behind on payments and using federal options to reduce payments.

“It’s kind of phenomenal given all the tools we have at this point to avoid default that this many people are still winding up in default,” said Clare McCann, an education-policy analyst at New America, a center-left think tank.

Those tools include options for borrowers to reduce their monthly bills by setting payments as a share of their incomes, and to halt payments temporarily during tough times such as unemployment.

Research from the New York Federal Reserve last month shows many borrowers who fall behind on payments dropped out of college before earning a degree, and attended for-profit schools and community colleges.

The U.S. House education committee this week began debating a Republican proposal to overhaul the student loan program. The plan would reduce how much graduate students and parents of undergraduates could borrow to cover tuition and living expenses, and it would end programs that forgive student-debt balances for borrowers who make payments for a certain period.

Meanwhile, the Trump administration’s Education Department has been meeting with major finance and tech companies to get ideas to improve how it manages the program and services loans. Wayne Johnson, appointed by Education Secretary Betsy DeVos to manage the program as chief operating officer of federal student aid, said in an interview last month that his agency may solicit bids early next year for companies to help manage the federal program.

In some ways, the outlook for the federal student loan program has improved. The rise in default in part reflects an overall increase in Americans entering the repayment cycle. As a share of all borrowers in repayment, new defaults fell in the third quarter compared with a year earlier.

The cost of living in the US as an expat